Google has said “oui” (yes) to buying French start-up Moodstocks, a company that specialises in rapid object recognition from smartphones. This interest from Google is further proof that the world of accessibility is going mainstream.

Google already has an object recognition app (Google Goggles), but Moodstocks operates differently. It runs on your smartphone rather than via a server, which makes it more affordable, more mainstream and more accessible to its targeted audience.

Apple has announced a number of new features in its range of products at its annual World Wide Developer Conference (WWDC), with a focus on incremental updates and greater Siri integration.

The conference, which focuses on supporting developers to create new products in the Apple software ecosystem, highlighted a number of improvements across its desktop, mobile, watch and TV set-top-box operating systems, some of which are likely to benefit people with disabilities.

Inclusion and accessibility are hot topics that impact on the daily lives of around 25% of the population who have a disability or impairment. And now web professionals can improve their levels of expertise in web and digital accessibility to make a positive difference by enrolling in Australia’s only university-accredited online access course.

Philip: I’m speaking with Dr Scott Hollier, the Digital Accessibility Director for Media Access Australia, and author of an investigation into the state of accessibility of websites related to the last federal election in 2013. Well, he’s done it again and has put the major parties, along with the Australian Electoral Commission and the ABC’s Vote Compass, under the accessibility spotlight. Scott, what is the state of play in terms of digital access this time around?

A comprehensive new booklet aims to demystify Cognitive Disability by providing a practical resource for organisational support. The author of the guide, Dr Scott Hollier, is Media Access Australia’s Director of Digital Accessibility, and also wrote the ground-breaking Service Provider’s Accessibility Guide last year. He shares his thoughts on the condition and the new guide in an insightful podcast.

Individuals with impairments can now find third party accessible accessories for Mac, iPad and iPhone devices to suit their specific needs under the newly launched ‘Accessibility’ section on the online Apple Store.

The Australian Communications Consumer Action Network (ACCAN) has called on the free-to-air networks to use some of the windfall from a 25% cut in licence fees announced in this year’s budget to increase captioning levels and introduce audio description.

Dr Scott Hollier will be giving two presentations at the upcoming Print Disability Conference in Melbourne at the Bayview on the Park from 14-17 May. 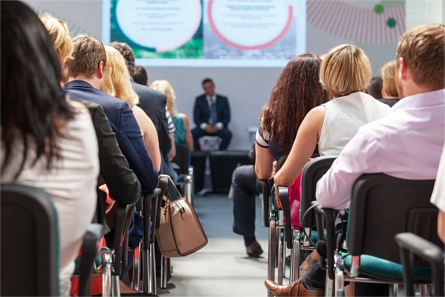