Q&A: Australia’s Media Accessibility in a Multicultural, Multilingual Context—Australia as a Case Study

Media Access Australia spoke to Professor Peter Hutchings, Dean of the School of Humanities and Communication Arts at the University of Western Sydney about media accessibility in Australia; in particular, looking at how multiculturalism and multilingualism affect people’s access to media—a topic on which Professor Hutching recently presented on at the 2014 Languages & The Media conference in Berlin. 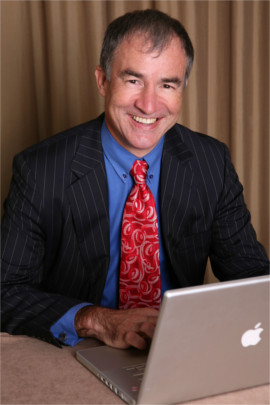 Generally, what is the state of Australia’s accessibility?

Good in the mainstream media, but not so good in the developing new mainstream of subscription TV and internet streaming of video content. The current legislation is lagging behind the rapid changes in the media industries, with the legislative focus upon traditional media modes (with the exception of website accessibility requirements).

What is it doing well, and not so well?

There is a comprehensive legislative framework with a clear direction in relation to accessibility. As I’ve mentioned, the scope of applicability is a growing problem.

In the really “not so well” category, audio description is still a large gap in accessibility services.

What challenges are there to improved accessibility?

The largest challenge is the availability of training and expertise. At the secondary and tertiary levels, language programs are struggling nationally, so interlingual accessibility (accessibility between two languages) relies on a declining group of people with interlingual knowledges and skills. In intralingual accessibility (accessibility within the same language), there is almost no education and training outside of the commercial sector. Unlike in Europe, there is not a single tertiary level program in media accessibility, with the exception of the Professional Certificate in Web Accessibility online course run by the University of South Australia and Media Access Australia. That exception is not at bachelor’s level, while in Europe these qualifications are being offered at master’s level. The legislative settings are not being supported by the education sector’s provision of qualified graduates, in either interlingual or intralingual access.

How does multiculturalism and multilingualism play into accessibility?

A significant pillar of multiculturalism has been “cultural identity”, defined as: “the right of all Australians, within carefully defined limits, to express and share their individual cultural heritage, including their language and religion” (National Agenda for a Multicultural Australia 1989). That is an aspiration towards enabling all members of diverse community to participate and to share their cultures. To realise that aspiration, accessibility started through interlingual accessibility: that aspiration provided an impetus toward servicing the language needs of Australia’s increasingly diverse multi-ethnic community, and led to the formation of the Special Broadcasting Service (SBS), and community radio and television. These organisations are currently under threat (SBS through budget cuts and a push to merge with the ABC, community TV through the end of access to broadcast spectrum in 2015).*

Whatever the current situation, that desire for inclusiveness has informed media access regulation, as it has also informed disability service provision and legislation.

Once again, the situation in Australia involves some divergences between policy settings and implementation.

What challenges do these two areas introduce?

The challenge is in the persistence of monolingualism (using only one language) despite the extent of multiculturalism and multilingualism. Younger Australians tend to lose their language as part of their assimilation, while older Australians tend to lose their English as they age, introducing some serious communication gaps between generations, and posing significant issues for the provision of aged care.  The tension will be in the increasing need for heritage language expertise and the language base narrows.

Through a serious, properly-funded commitment at all levels of government to language education from primary through to secondary and tertiary levels, together with community and industry partnerships in providing tertiary accessibility training.

With the National Transition Strategy expiring at the end of 2014, and no replacement policy in sight, will web accessibility still be driven in 2015 and beyond? Who will drive it and how?

Given the current Federal Government’s recent performance in media policy, there are serious concerns about the extent to which it will act to enforce the current requirements, especially at the point at which they would have greater impact upon commercial media interests. Communication Minister Malcolm Turnbull’s approach to media policy has been marked by inconsistency: the one-time supporter of the ABC has been the spokesman for cuts and greater government control, and he is selling community TV broadcast spectrum to the telcos. I’m not optimistic about the short-term policy future for accessibility.

As a university Dean, I am aware of the need for tertiary institutions to be part of the discussion, and to be involved in working towards solutions. In September 2015, the University of Western Sydney will host the 6th International Media for All Conference – Audiovisual Translation and Media Accessibility: Global Challenges. This will be the first time the conference has been held outside Europe, and our aim to attract academics, researchers, language practitioners, translators, interpreters, broadcasters, government agencies, support groups and the audiovisual translation (AVT) and media accessibility industry from Australia and Asia Pacific and other parts of the world in order to advance awareness of these issues and to work towards better solutions in policy and practice.

*Disclaimer: I am a member of the Television Sydney (TVS) Board.