Q&A with Robert Osztolykan, creator of the petition to make Steam accessible

Media Access Australia spoke with Robert Osztolykan, blind gamer and creator of the petition to make Valve’s gaming platform Steam accessible to people who are blind or vision impaired. Robert shares his motivation to start the petition, his experiences playing mainstream titles, his thoughts on the current generation of gaming and why developers need to consider accessibility. 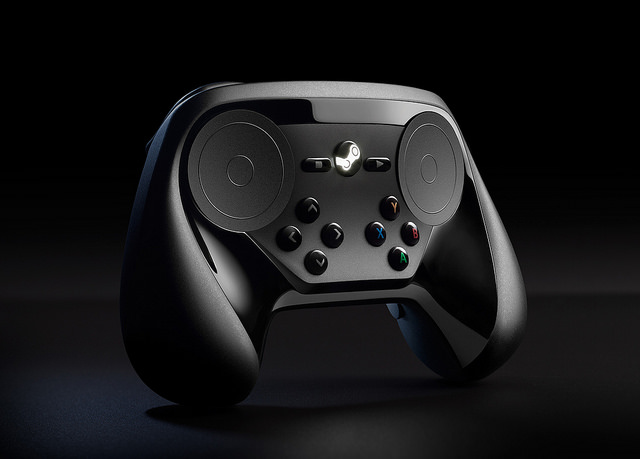 Steam is highly popular, featuring more than five million users. Part of this popularity is that it features more than 3,500 free and paid-for games that users of Windows, Mac and Linux computers can browse and download to play.

What was your motivation to start this petition to Valve?

Despite my blindness, I regard myself as a mainstream gamer, trying to play as many games as I can on the PC. This led to the discovery of Steam, one of the major gaming platforms. Compared to others such as Origin, Steam is more user friendly, however by no means accessible to the blind.

Basic features can be used, such as launching a game from the library or chatting, but anything else (such as determining whether a checkbox is checked in the settings window) is inaccessible. This basic access works under one operating system (Microsoft Windows) and requires a bit of time to set up, which many people require a guide for.

Game developers are more open to accessibility these days, partly due to the effort of many of my friends and myself. Some developers have implemented blind accessibility features into their games, such as Lab Zero Games’ Skullgirls, or are in the process of implementing accessibility, such as Sekai Project's Narcissu 1st & 2nd.

For many blind gamers, the Steam client is still a factor of discouragement. Many of them go as far as refusing to buy any accessible game until Steam itself becomes accessible. My petition tries to address this issue, by raising awareness and providing a way of expressing reasons why Valve Corporation should listen and provide accessibility by default. It is the result of many failed attempts of any form of contact, be it phone, email or support tickets.

As a blind gamer, what have your past experiences been like playing mainstream titles?

Due to game design, I am generally more successful in select genres, such as fighting games, beat 'em ups, turn-based RPGs and sport games (NFL, FIFA). Timed games (such as Samurai Warriors), first-person shooters or open world genres are often impossible to play. Thanks to more and more detailed audio, my gaming experience is certainly positive, however most games are nowhere near being fully accessible.

Trying out any mainstream game is trial and error. We do not know what the menus look like, so this is the first obstacle we have to tackle. I cannot read any tutorial text or hints, so discovering game mechanics comes second, followed by game objectives, then completing the story or campaign. While this works most of the time, it may happen that after a few levels I discover something that makes it impossible, or very hard to continue playing a game (e.g. Shank 2). Platforms or quick timed events without audio cues are good examples.

Have you petitioned to improve gaming accessibility before? Who was involved and what was the outcome?

We have contacted many game developers before, with mixed results. Besides not receiving any reply at all, lack of resources or experience was the main reason of why they chose not to implement accessibility.

Fortunately, there are also very open developers, such as Mike Z. Zaimont of Lab Zero Games, whom I cannot praise more. His devotion and belief in equal access is just amazing. He chose to implement full accessibility in Skullgirls at a stage where fixing serious bugs would have been a much better choice for the sighted, making the first ever fully blind accessible mainstream game. All of this without having previous blind accessibility experience. He continues adding accessibility features to new characters even now. Many blind gamers respect him not only as a developer but also as a person - I only wish there were more developers like him.

Can you share some past experiences where gaming has been completely accessible or inaccessible?

Unfortunately there is no fully accessible mainstream game, unless special accessibility features have been implemented. Games can be playable, but there are parts which remain inaccessible.

The remake of Karateka for example, has extremely detailed audio and fantastic audio cues, up to the last fight with a bird where high and low attacks are completely random and the audio does not follow the attack types.

Kung Fu Strike which has a timed level, or Divekick where the audio is not enough to calculate a perfect kicking angle, are less playable.

Watchmen: The End is Nigh parts 1 and 2 could be completely playable, however the helper guide feature is unfortunately not perfect, often requiring trial and error to find the next switch, lever or door to interact with.

Inaccessible games vastly outnumber the accessible ones. Games which heavily rely on vision, such as puzzle or platforming, do not provide enough audio to distinguish the puzzle blocks or the platforms. Most RPGs have heavy, inaccessible equipment management, which influences a character's stats.

Do you feel that the current generation of gaming accommodates the needs of gamers with disabilities?

I have met a lot of people who were quite impressed by the fact that I am able to play mainstream games. For them, it is quite a challenge to imagine how it can be done, since disabled gamers are definitely outside their target audience. While acceptance may vary from person to person, be it a gamer or a developer, I think people are not yet aware of or open enough to the special needs of gamers. Most games reflect this, for example a lack of colour blind filters in most first person shooter games.

Besides awareness, post release research could help developers in seeing the needs of their audience, as well as a universal developer library providing generic accessibility helper functions (for example screen reader output) at the time of game development.

Are there ideas for features that would immediately improve access for yourself and other gamers with blindness?

Outputting text to the clipboard or to screen readers directly would be very helpful in navigating the menus, reading game hints or tutorial messages. Special sound cues could improve game navigation, for example at the edges of platforms, collectable objects or interactive game characters. This is also true for anything which is represented visually and is important from a gameplay perspective.

If there is one key accessibility feature you would like to have from Valve to improve Steam access, what would it be?

What are your thoughts on the accessibility of other digital distribution platforms, like Origin and Good Old Games (GoG)?

Origin is unfortunately not accessible. To my knowledge, this platform uses custom controls which screen readers are not able to recognise. I have not tested GoG, but many people say that it has a web interface which could be accessible. It is certainly something I have to look into in the future. Most of the playable games are only available on Steam.

Why should these platforms, along with game developers, consider and include accessibility? Do that many people with disability play games?

Today, more than a billion people have a form of disability. Even if we halve it, it is still a significant amount of potential gamers. I feel that implementing accessibility would be quite beneficial for developers, if we only consider the gaming market.

While I can speak only from a blindness perspective, I believe that everything should be accessible equally, no matter what disability one might have. Game developers and especially publishers should consider accessibility as a game mode, instead of a solution for a problem which would provide them various benefits. Entertainment, especially gaming, is part of life, just like a job, or human or animal company.

A disability should not be a hindering obstacle, but rather a challenge that we can overcome. Any form of it can happen at any time in one's life. It would be comforting to know that, perhaps not in the same form, but games would remain playable.

Robert’s petition to make the Steam platform accessible is currently listed on Change.org with 700+ supporters at the time of this writing.