Mobile devices such as tablets and smartphones are becoming the preferred method for Australians to access the internet, according to new data from the Australian Communications and Media Authority (ACMA). 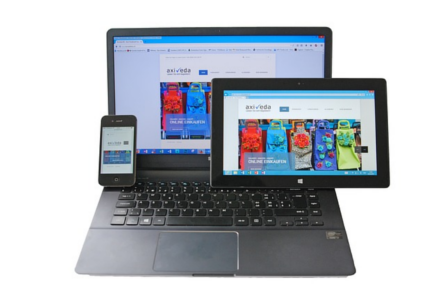 The new data released by the country’s communications regulator finds that while laptop and desktop computers are still the devices most often used for accessing the internet, 70 per cent of Australians now go online with a mobile phone and 50 per cent with a tablet.

In fact, the data—Australians’ digital lives, collected in the six months to May 2014—shows that most people access the internet from multiple devices: 68 per cent of Australians use three or more devices, while 23 per cent use five or more devices.

The internet is also underpinning digital work—using the internet to work away from the office both during and outside standard working hours.

According to the data, as at May 2014 an estimated 5.7 million adult Australians aged 18 and over were classified as digital workers, and made up 49 per cent of the total number of employed Australians.

The findings—along with the ACMA’s insights into teens’ use of the web—provide a snapshot into the important role of the internet in our daily lives, as well as a powerful reminder of the need for digital accessibility.

That is, ensuring digital media such as websites, documents, applications, video and other content are accessible to the broadest possible audience, including people with disabilities, ageing members of the community, those from non-English-speaking backgrounds and those with varying levels of education.

Want to learn more about accessibility?

In partnership with the University of South Australia, W3C member Media Access Australia offers the Professional Certificate in Web Accessibility, a fully assessed six-week online program that covers both accessibility principles and techniques. The course provides students with all the essentials needed to achieve compliance with international best practice in accessibility.