U.S. cable provider Comcast, in partnership with NBC and Descriptive Video Works (DVW), will mark the International Day of People with Disability (3 December) by televising the Broadway musical The Wiz Live! with audio description, providing the first accessible live entertainment TV program in the U.S. for people who are blind or vision impaired. 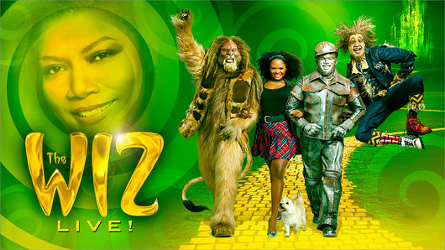 Comcast has provided a number of accessibility features in its line of products, such as the ’talking guide’ launched with the X1 set top box in September this year, as well as voice-controlled remotes which read out program titles and other information such as network names, time slots and settings.

The President of the American Council of the Blind (ACB), Kim Charlson, stated in an announcement of the broadcast that "Comcast’s commitment to include video description with the performance of The Wiz Live! is ground-breaking."

Audio description involves careful placement of descriptions between sections of dialogue in a program, so it is difficult to perform live. The first live event to be described for television, the Juno Awards, were broadcast in Canada in 2010, with the description produced by DVW. Since then, DVW, Accessible Media Inc (AMI) and Bell Media Inc. have produced hundreds for hours of live description for Canadian television. The events described include the Royal Wedding in 2011 and the London 2012 Summer Paralympics. The opening ceremony of the Paralympics was also described for British television after lobbying by the Royal National Institute of Blind People.

The Wiz Live! will be broadcast on Thursday, 3 December at 8:00pm EST.