A campaign calling for a permanent audio description service on Australian television was launched at Parliament House in Canberra on 8 September 2015. 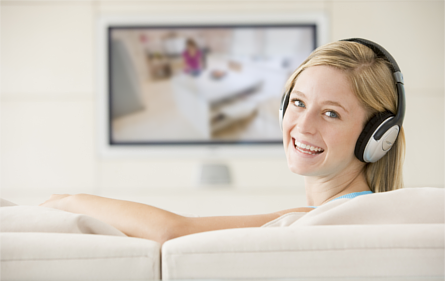 Accompanying the campaign is a video produced by Vision Australia, as well as a petition on www.change.org.

The launch in Parliament House was part of an awareness raising event sponsored by Senator Rachel Siewert (Greens) with the support of Communications Minister Malcolm Turnbull and Shadow Minister Jason Clare. The event was open to parliamentarians for them to experience audio description first-hand and find out more about the service, following the recent motion calling for audio description quotas that was supported by the Australian Senate.

Hosted by the Chair of the International Disability Alliance, Maryanne Diamond AO, the event included personal experiences of television and the need for audio description from blind advocate Bruce Maguire and low vision advocate Kate Begley.

“After the highly successful trial across Australia in 2012, we have dropped behind again,” said Varley.

“Audio description on television is predominant in the English-speaking world, with services in the USA, UK, Canada, New Zealand and Ireland, as well as many European countries. Closer to us our Asian neighbours, such as Thailand, have also started offering audio description. It really is time for Australia to catch up and this campaign is to support that.”

At the event, Minister Turnbull confirmed that the government supported media access for people with disabilities and pointed to the high levels of captioning on television, as well as newer services such as the ABC iview audio description trial and the inclusion of audio description on Netflix.