Dr Katie Ellis, senior research fellow in the Department of Internet Studies at Curtin University, is calling for a new policy on audio description to be introduced in Australia to bring it in line with captioning. 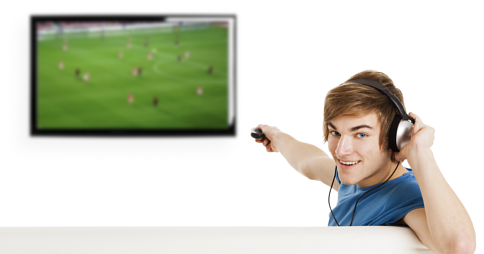 In ‘Increasing accessibility’, an opinion piece on the Asia and the Pacific Policy Forum website, Ellis writes, “We have policy in place for those who can see but not hear, through closed captioning, but policy in Australia has failed to catch up with the needs of those who are blind.”

Ellis notes that captioning has reached 100% between 6 am and midnight on the main free-to-air channels, yet despite a successful trial of audio description on the ABC in 2012, there are still no plans to introduce a regular service to Australian TV. By contrast, in the UK, the communications regulator Ofcom’s Code on Television Access requires most channels that have been broadcasting for 5 years to audio describe 10 per cent of their content.

Noting that Netflix recently introduced audio description on some of its content, Ellis writes, “some argue industry innovation, not government legislation, is the key to more accessible television. Contrary to celebrations that innovations in digital technology will automatically lead to a more accessible environment, a report by the European Union found accessibility is more widely available on digital and online television in countries where legislation is in place.”