The future of live captioning

Will machines take over the captioning world and automatically provide perfect captions on live programs, events, meetings and the classroom? Or are future changes going to be more subtle than that? 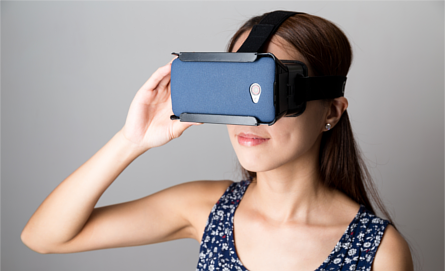 The Australian broadcast regulator, the Australian Communications and Media Authority, hosted a Citizen Conversation on Live Captioning on 15 September in Sydney. Drawing on the expertise of local broadcasters, caption suppliers and a range of international experts, the event explored a range of issues including:

The event finished with a view to the future of live captioning, presented by Media Access Australia CEO Alex Varley. He identified six key areas where change may have an impact:

1. Automation – the main issue is whether machines can replace live captioners?

Although there has been considerable advancement in this area, the levels of accuracy are nowhere near the kind achieved by human captioners and this is unlikely to change in the next few years. Technology is likely to help with reducing errors and in cleaning up live captions that are put onto catch up television versions of programs so that they are synchronised and error-free.

2. Timing – will the time lag for live captions ever go away?

This factor can never be eliminated as it is too complex to simultaneously create live captions. However, getting rid of scrolling captions (where one word appears at a time) with block captions (delayed) will become more common as it is much easier for the viewer to read that style of captioning.

3. Quality standards – is it possible to provide perfect live captions?

Again, the nature of live captions means that there will always be the potential for some errors. The trick is to focus on reducing those errors. There will be less concern in the future about strictly measuring error rates (95% accuracy was a popular worldwide standard for many years) and moving towards whether viewers can understand the information which is measured by the NER method, outlined in Media Access Australia’s white paper on caption quality.

The increase in other forms of live captioning, such as in schools and meetings, will help develop better user feedback and experimentation with different quality approaches. Finally, the repurposing of captions for catch-up TV services will help as more resources are put into the area of ensuring quality captions. Caption suppliers and broadcasters acknowledge that the two most important factors in good quality live captioning are good training and proper preparation time.

4. Viewing platforms – what device will you use to watch live captions?

People no longer watch live television exclusively on a television set. The use of mobiles, tablets and laptops have changed the way media is consumed. With these devices, the playout, formatting and other presentation are dependent on the settings of the device. This means that standards of quality measuring those things could be meaningless.

There is also an issue around who regulates this, as the current regulations in Australia only really focus on broadcast television. This follows the viewer’s general call that “captioning should always follow the content, wherever it is presented.”

5. User control – what happens when viewers can customise displays?

New generations of televisions and other devices allow viewers to control things like font size, colours and other displays, yet these issues are part of the quality standards. In the future the regulators may just have to accept that these issues are no longer applicable and focus on more important things like accuracy and captions being synchronised where they can be.

6. Multi-language live captioning – is the situation the same all over the world and what will change?

In non-English speaking countries the technology for live captioning is far less developed, but this will improve as the issues are the same for all caption viewers and the same global companies are providing caption services in these places. The idea that automatic translation from one language to another for programs such as live sport is still a long way off from working properly; even if the “source captions” are created by a human captioner. There are issues around cultural differences, word lengths and language characteristics that make this more difficult to do live. However, in the non-live world, this type of so-called “machine translation” is becoming more common.

In conclusion, Varley predicts that human live captioners will still be in abundance, but formats, quality issues and regulations will change significantly. There will also be an impact from other forms of live captioning, such as schools, meetings and streaming video, where user-feedback is much easier to collect and harder to ignore.

“More and more content will be live and consumed in so many different ways, “said Varley.

“The technology and the people working in this area all want to make the product better for viewers, so we will see vast improvements in live captions in the next few years.”