A disabled gamer known as Halfcoordinated, who plays with one hand, has again impressed and inspired the games community by speedrunning (playing as quickly as possible) the new Transformers: Devastation game at this year’s Awesome Games Done Quick (AGDQ) event. 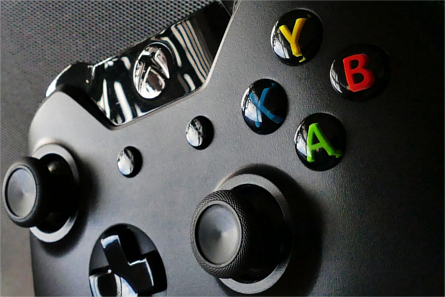 AGDQ is a bi-annual online livestream event aired on twitch.tv that showcases the skill and expertise in ‘speedrunning’, the term given to completing a specific goal in a video game (usually finishing the game) in the fastest time possible. To do this, speedrunners invest a large amount of time in practicing game mechanics, finding the fastest routes, finding the fastest strategies and sometimes even abusing very difficult to execute glitches to complete a game with faster times. Along with completing games at seemingly impossible speeds, fun events such as running the Nintendo Entertainment System classic Mike Tyson’s Punch Out!! blindfolded are also showcased at AGDQ.

Halfcoordinated has a physical disability called ‘hemiparesis’ that lowers coordination and feeling in his right side, which means he plays better with one hand instead of two. At AGDQ, he was able to complete Transformers: Devastation in under 45 minutes and on the hardest difficulty, a time close to his current world record of the game.

Halfcoordinated was able to put accessible gaming into the spotlight by partaking in an interview at AGDQ discussing his unique speedrun.

Halfcoordinated is an advocate for accessible gaming, and in an interview at AGDQ about his unique speedrun, promoted accessible game features such as customisable controls and difficulty settings. He is currently working with the developers of the early access (not released) game Joylancer to improve the accessibility for disabled gamers, and said, “Don’t let anyone else say that you can’t play this game, you can’t do this thing, that’s up to you.”

After his impressive run, he had a huge response from the speedrunning community and has received messages of support and inspiration from new fans. He said he was overwhelmed in a Twitter post, saying that “numerous individuals including several with disabilities of their own have reached out to him” and he has “inspired them to keep trying or push themselves farther”.

You can watch Halfcoordinated’s one-handed AGDQ 2015 run of Vanquish on YouTube.