Video on Demand (VOD) is a rapidly growing platform for consuming entertainment content.  Recent developments overseas are showing that action around accessibility to VOD is also growing. 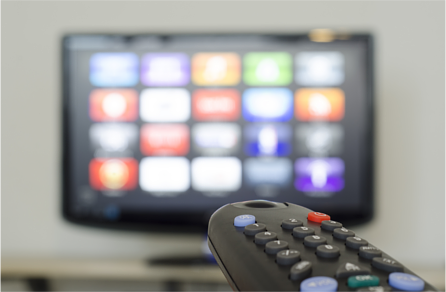 The biggest impact has been in the USA where the National Association of the Deaf (NAD) has reached an agreement with Amazon Video that it will provide captioning on its back catalogue.  More specifically, it will provide captions on 85% of its video content that has been viewed more than 10 times in the last 90 days immediately, ramping up to 100% of that content by the end of 2016. The Amazon Prime video service already has 100% captioning. It is claimed that more than 190,000 titles in Amazon’s catalogue will be available with captions.

A report on the access needs of caption viewers for video on demand services has been released by UK deaf advocacy organisation Action on Hearing Loss. Titled Progress on Pause, the report finds that 89% of people with hearing loss rely on captions to watch television and that 87% of people with hearing loss started watching a VOD program and found it had no captions.

In the UK, the regulation of access to VOD services is not mandatory, but providers are encouraged to provide access through captions and audio description. The industry association for the providers ATVOD has been pushing the industry to do more, with the additional pressure of the UK Government considering legislation in 2016 to make access mandatory if an agreement between consumers and industry cannot be reached.

Action on Hearing Loss has called for that legislation to happen in 2016.

In a parallel move, the UK regulator Ofcom has started to take over sole regulation of content for VOD services, from co-regulation arrangements with ATVOD. It is expected that this will ultimately impact on access services. ATVOD is also due to publish a report on access service progress in November 2015.

“These VOD operators tend to think and operate globally. We saw with Netflix that the Australian service adopted overseas decisions on captioning and audio description. Whilst we don’t have Amazon Prime in Australia, it does put pressure on the rest of the market to adopt access as the new norm.”

Earlier this year, Media Access Australia produced a report that show the levels of access on Australian VOD services and compares them to international services at the time.