New laws in Japan designed to remove discrimination against people with disabilities will take effect from April 2016. One area that will benefit is access to cinema for hearing and vision impaired people. 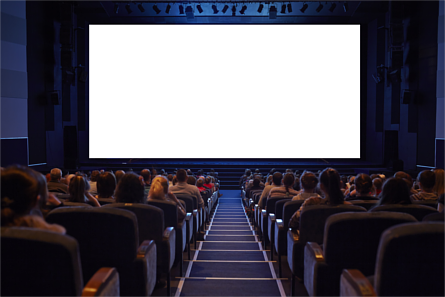 In an update to previous reporting of this development by Media Access Australia, the Motion Picture Producers Association of Japan (MPPA) has been further trialling a new access system providing captioning and audio description. The trial took place in three cinemas in Tokyo and Saitama Prefectures using six Japanese movies.

The audio description for people with a vision impairment is via an app called UDCast. The system delivers the description through headphones. For people with a hearing impairment, the UDCast app is installed on a smartphone and the viewer watches the captions via a head-mounted display that are similar to the Sony or USL glasses used in other parts of the world.

The whole system is cued by the soundtrack in the movie which is picked up by the smartphone or terminal built-in microphone.

The application was developed by the Media Access Support Centre (MASC) and its members are excited by the planned rollout as it will allow them to see newly-released movies. According to MASC 66 captioned movies were released last year representing just over 10% of releases. There were only 6 audio described movies in the same period.

The government is also involved in the rollout, with the Ministry of Economy, Trade and Industry compiling guidelines for cinema staff in assisting people with disabilities and user guides for the devices and software are also being produced.

MPAA is made up of four leading production and distribution companies and is strongly supporting the accessibility development.

“My goal is to make movie theatres accessible to all,“ said MPAA Secretary General, Naotaka Kacha.