Kickstarter, one of the world’s most popular crowdfunding platforms, has announced a new accessibility feature enabling entrepreneurs to add closed captions and subtitles for videos uploaded to its website. 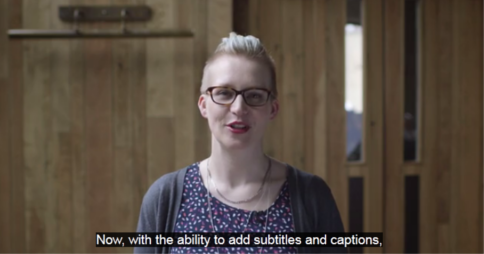 The Oxford Dictionary defines ‘crowdfunding’ as “the practice of funding a project or venture by raising money from a large number of people who each contribute a relatively small amount, typically via the Internet”.

The Kickstarter blog states that the new closed captions and subtitles feature aims to encourage broader global audiences to connect to creative projects and share new ideas, as well as ensuring the Kickstarter website is accessible for all. As noted in the blog announcement, the Kickstarter community spans “hundreds of nations and territories, all seven continents, countless languages, and individuals at all different levels of hearing”.

Video content producers can add as many caption tracks as required to uploaded videos, including support for additional clips and video updates to their project page. Closed captions can be enabled via the CC button in the upper right corner of Kickstarter’s video player, as well as a second, multiple-language CC menu provided within the video playback controls.

Kickstarter’s announcement follows a recent trend of well-known organisations placing increased emphasis on accessibility requirements for people with disabilities, including Facebook introducing an Accessibility Toolkit for developers and consumers, and Netflix launching in Australia and New Zealand with full caption support.

The trend of catering to increased accessibility requirements highlights the importance for organisations and content creators to take an empathy-based approach for understanding the needs of people with disabilities, in order to create the most compelling accessible experiences for their audience.

The intent of Kickstarter’s accessibility update, as noted at the end of their blog post, is “to see even more people connect and explore creativity — across languages, borders, and hearing levels alike!“