Ian Roache joined the Board of Directors at Media Access Australia in 2001 and has been serving as the Chairman of the Board since 2012. He is currently the owner of Lodestone Direction.

Helen Crossing has been on the board of Media Access Australia and its previous incarnation the Australian Caption Centre since 1998. She is the founder and Managing Director of HCA Consulting Group and works closely with CEOs and executives to develop skills in leadership, performance management, influence skills and emotional resilience.

Helen is committed to the integration of counselling and psychological services within all facets of our community, in particular at all tiers of the education system and industry associations supporting professionals who require vocational based training and support. She is a registered Psychologist and member of the Australian Psychological Society.

Darren has a Bachelor of Law and a Bachelor of Social Work from the University of New South Wales and is currently employed as a lawyer with Gilbert & Tobin. Darren joined Gilbert & Tobin in 2004 and has spent time in the pro bono, corporate advisory and technology and communications groups. He now heads up the firms Third Sector Advisory Group that specialises in providing legal assistance to the charity, philanthropic and not-for-profit sectors.

Darren is a keen user of technology and believes that it is a key contributor to access for people with disability.  In the late 90s he taught himself HTML and started his own web usability consultancy to help pay the bills through university.  In addition to being a director of Media Access Australia, he sits on the NSW Department of Justice and Attorney Generals Disability Advisory Council and was previously a management committee member of the NSW Disability Discrimination Legal Centre (now the Australian Centre for Disability Law). He also attended meetings at the United Nations in New York, helping in the development of an international convention on the rights of persons with disability.

John Losco is the longest serving member of the board of directors. He joined the board of the Australia Caption Centre in 1994 and has been a director ever since.

Victoria Rubensohn joined the Board of Directors at the Australian Caption Centre in 1997 and has stayed on the board when Media Access Australia was incorporated. She has extensive experience as a director and has been on numerous boards including The Fred Hollows Foundation, Telephone Information Services Standards Council, Communication and Media Law Association and the Classification Review Board.

Stephen has been a director on the board of Wallop Content Pty Ltd and Foundation for the Historic House Trust of NSW in the past. Stephen has a BEc from the University of Sydney. 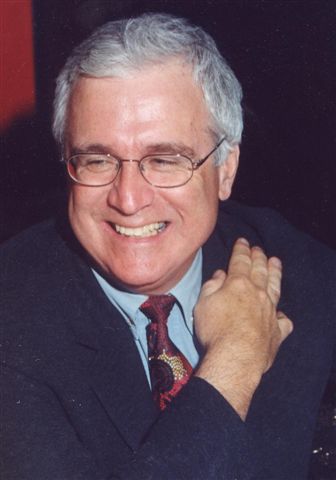 Bill has served on the Board of Media Access Australia for 3 years. He has worked in financial education for 30 years including in 2001 founding Financial Education Professionals, a leading Australian provider of education and training for financial professionals. Bill has also  completed major training projects to improve skills and knowledge in a broad range of Australian and Asian financial markets.

Bill’s current focus is mentoring several CEOs in small businesses and start-ups. He chooses to serve on the Board to contribute his financial and governance skills and experience to the charity, as it supports better access of those with a disability to different media. Bill also supports several educational initiatives in Africa and Asia, and enjoys travel, reading and swimming.