The role of digital accessibility in helping reduce discrimination against older Australians and those with a disability—while helping create value for employers—has been recognised at the launch of a new inquiry. 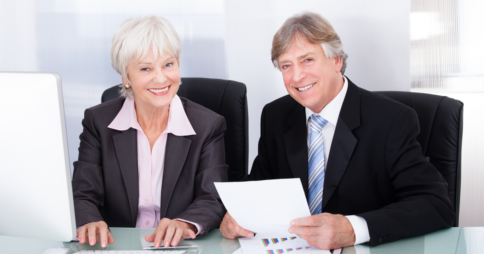 The National Inquiry into Employment Discrimination against Older Australians and Australians with Disability, launched today by the Australian Human Rights Commission and federal Attorney-General George Brandis will examine practices, attitudes and Commonwealth laws that deny or diminish equal participation in employment.

The inquiry, being conducted by the Age and Disability Discrimination Commissioner, Susan Ryan, will also make recommendations on actions to address employment discrimination against older Australians and Australians with disability, including potential amendments to Commonwealth laws.

Speaking at the Inquiry’s launch, the Attorney General said that discrimination is consistently reported as one of the significant barriers of persons with a disability and older people for being able to gain employment.

“There is more that can be done to change stereotypes,” he said. “We need to identify best practice in how to recruit and retain people, including what reasonable adjustments can be reasonably made to support older workers in the workplace.”

Also speaking at the launch, the Age and Disability Discrimination Commissioner said it was important that employers such as Bunnings had made a deliberate decision to hire older Australians, and that other employers such as Westpac bank had understood the value of hiring more people with a disability.

“Amongst their employment base they have 12 per cent of people with a disability,” the Commissioner said. “Given that the rate across the population is 15 per cent you have to say that Westpac has taken this seriously. And please note that Westpac is a very profitable organisation.”

In a further example, the Commissioner said that ANZ bank was also implementing a whole-of-business strategy to ensure that all of its products and services are accessible to people with disability.

“That is everything that you do in banking—the ATMS, online banking—all of those things will be totally accessible,” she said. “Again, they are doing these things because they have commitment to it but also because they see the business benefit of making sure they are accessible to the whole customer base.”

Commenting on the launch of the Inquiry, Media Access Australia CEO Alex Varley said that a formal assessment by the Commission and Government was welcomed, as was the recognition of the role of digital accessibility—the practice of making devices, websites, apps, online documents, services and information useable by as many people as possible.

“The Inquiry will get employment practices—specifically around the relative ease of setting up office information technology systems to improve their accessibility—onto the agendas of board meetings and management teams, which is where they belong,” he said.

“At the same time, and as the Commissioner’s comments highlight, major organisations are increasingly recognising the real financial value in making their services and information accessible to as many people as possible.

“There is a powerful message here: that through adopting digital accessibility, organisations can both improve their employment of older Australians and people with a disability, and, that they can create value and a competitive edge.”

Media Access Australia, Australia’s only independent not-for-profit organisation devoted to increasing access to media for people with a disability, works with public—and private—sector organisations to improve their digital accessibility.

Media Access Australia also helps increase inclusion through its thought leadership and research in important areas such as social media accessibility, service provision for people with disabilities and cloud computing and mobile accessibility.

If you’re part of an organisation looking to create greater digital inclusion, contact Media Access Australia by calling (02) 9212 6242 or by completing the enquiry form on our Contact page for more information.