Submissions to the Senate Standing Committee on Environment and Communications which is reviewing proposed changes to captioning regulations have now been posted on the committee’s website. 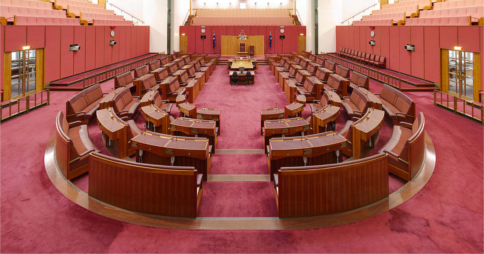 The proposed amendments, which were introduced into parliament in October, include:

The submissions of the Australian Communications Consumer Action Network (ACCAN), Deaf Australia, the Deafness Forum, Deafness Council WA Inc, the Australian Federation of Disability Organisations, Media Access Australia and the Community and Public Sector Union all broadly reject the proposed amendments, with ACCAN and others noting that the amendments were introduced without proper consultation with consumers. Most state that the appropriate forum for reviewing the captioning regulations is the planned review in 2015.

Deaf Australia’s submission examines the proposal that compliance reporting be replaced by a system based on consumer complaints. It includes the results of a survey of its members conducted in November-December which shows 73% of respondents have never made a caption complaint and of those, 38% do not know who to complain to.

All 21 submissions can be downloaded from the Senate committee’s website. The committee is due to issue a report in February 2015.