Over the decades, iconic children’s TV show, Sesame Street, has always been good at raising awareness around a wide variety of sections of the community. The latest character to join the muppet family is Julia, who has autism, and makes her debut in April 2017. 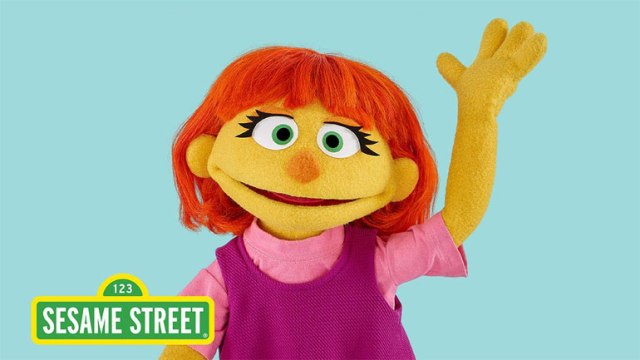 Julia actually made her debut in late 2015 in print and digital artworks as the focus of a Sesame Street workshop titled ‘Autism: See Amazing in All Children’ which also led to a series of videos, an app, e-books and a new website.

Puppeteer Stacey Gordon, who has brought Julia to life, has a son with autism and before she started her family was a therapist to children on the spectrum. Julia’s inclusion as part of the Sesame Street gang is driven by the desire to help young people ‘better understand autism and destigamatize the condition’ said Sesame Workshop, the production company of the long-running children’s show.

Developing Julia and all the other components of this campaign has required years of consultation with organisations, experts and families within the autism community, according to Jeanette Betancourt, Sesame Workshop's senior vice-president of US social impact.

"In the US one in 68 children is diagnosed with autism spectrum disorder," said Ms Betancourt in an official release. "We wanted to promote a better understanding and reduce the stigma often found around these children, and we're modelling the way both children and adults can look at autism from a strength-based perspective: finding things that all children share."