Using captions for children’s literacy in any language

Captions are not just essential for Deaf and hearing impaired people. Their power to assist literacy, especially in developing countries, has been demonstrated on a massive scale by organisations such as Planet Read. Another program, partnered with Planet Read, takes the same concept into new areas, including the possibility of using any language. 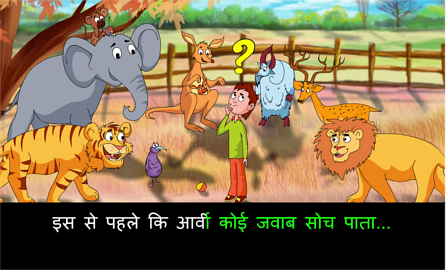 BookBox is a scalable program for improving children’s literacy. It uses animated versions of books, known as ‘AniBooks’, where the book is narrated in a language and captions in that language appear as the book is read, in a similar style to a karaoke display. The books are posted on YouTube, such as this Hindi-language example, Cricket at the Zoo.

In his blog, Brij Kothari, founder of Planet Read and BookBox, recognises that although printed books are the best option for teaching children how to read, it is just not scalable when you are dealing with hundreds of millions of children and potentially more than a hundred languages.

The power of animation and digital delivery is that it can be viewed anywhere on any digital device via YouTube or television. India alone is expected to have 200 million smartphone users and 800 million television viewers by the end of 2016. Similarly, the audio and captions can be changed to a different language more easily than printing a version of that book in the language. Kothari says that African languages are the most under-represented in children’s publishing, and Africa has high literacy needs. BookBox has produced several AniBooks in Swahili such as The First Well.

The system works equally well for languages with small numbers of speakers, where publishing books in that language is just not viable. In an example that Kothari quotes, Emiliana Cruz, a doctoral student at the University of Texas, translated and narrated a popular story, Turtle’s Flute in a minority language, Chatin, that is spoken by just 45,000 people in Mexico.