Social media for those with a disability gets 2016 update 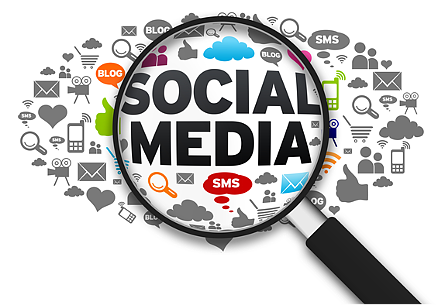 In 2011, Media Access Australia undertook extensive research to find out how accessibility issues within each of the most popular social media tools could be overcome. Funded by ACCAN (the Australian Communications Consumer Action Network), the SociAbility: social media for people with a disability review was published in 2012.

Yet the social media landscape changes rapidly and some tools decline or disappear, others add useful new features, and some new tools surge ahead in popularity out of nowhere. To address this, Media Access Australia made a major update in February 2016, so that people of all abilities can access the latest information on social media.

“The original SociAbility report was designed to get practical tips and tricks from people with disabilities as to how best to use social media, and to share this new knowledge,” says project manager, researcher and creator of the resource Dr Scott Hollier, who is the Director of Digital Accessibility for Media Access Australia.

“Back in 2012 our research participants told us that the Facebook and Twitter websites in particular weren’t very accessible. And YouTube videos were difficult to play if you were a keyboard user.

“But we’ve seen tremendous improvements, with both Facebook and Twitter having dedicated accessibility teams,” says Dr Hollier. “YouTube’s support of HTML5 has significantly improved its accessibility, and there’s been a notable increase in captioned video support across the different platforms.”

However, while things have improved greatly over the past four years, there remains a lot more work to be done.

Statistics and instructions around accessibility have been updated throughout the resources on-site, more app-based tips have been added including tips for Android apps (only iOS apps were originally covered), new social channels have been included, and there are now additional resources on where to get accessibility help.

Research analyst Matthew Putland was also heavily involved in the recent social media update, including the addition of Instagram, which wasn’t in the original resource.

“Since the original ‘SociAbility’ report, the social media landscape in Australia has grown to new heights, with new social media websites such as Tumblr and Instagram, that were barely known four years ago, now in the top five most popular social media,” explains Putland.

“And the social media giants of Facebook and YouTube have seen an even further disparity from other contenders. In the light of this ever-growing popularity, we’ve updated and researched the new accessibility features of these websites, and have included many tips and tricks that people with disabilities can really benefit from.”

“It’s been a terrific project to be involved with,” says Dr Hollier. “Our aim is for this to bethe go-to online resource on social media for both people with a disability and for those who provide care, support and advice.”