NVDA, the free screen reader for Windows which is one of the world’s most popular, continues to receive significant improvements with the latest version, 2015.1. Dr Scott Hollier provides a hands-on review and initial impressions of the latest software update from NV Access. 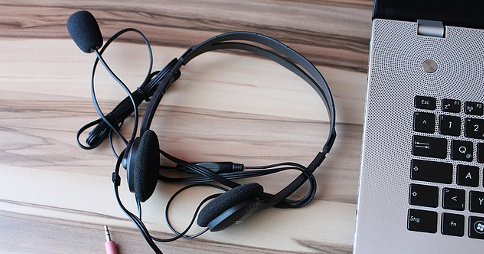 While not a proficient screen reader user, I find it useful from time to time when trying to read web pages, documents and emails which are text-heavy, so I was interested to take the new version of NVDA for a spin on my Windows 8.1 machine.

For people not familiar with NVDA, it is basically a free screen reader that is very JAWS-like in its usage, but there is still a learning curve for users of other screen readers. One of the complaints people often make when they first open it is about the voice as it is very robotic and some find it hard on the ears, but the benefit is that using this voice keeps it free and other language packs are available. If you can look past the initial impressions, though, what you have is a very powerful and standards-compliant screen reader comparable to the main commercial products which runs on most recent versions of Windows.

One of the features I’ve always liked about NVDA is its customisation. Right from the outset you are given options as to which keys you want to use for commands, generally choosing between the Insert key by default and the CAPS LOCK key. Given there are some other screen readers that use the CAPS LOCK key by default such as recent implementations of Narrator, the flexibility of this choice can help a lot through the learning process.

While daily users of screen readers are likely to pick up on different benefits of the new version, for me there are three standout features with the update. Firstly, reading emails in Outlook seems to be greatly improved, especially if they are complex HTML emails with embedded image links. The second is Skype which seems to have been greatly improved, making it much easier to communicate, and the third is more from a performance perspective – the previous version would hang from time to time while it was processing something and so far I haven’t had that issue. On my basic use of the web and applications, it looks like there’s been a fair bit of focus on Windows-based applications, possibly the Office suite in particular, to make NVDA work better.

The user-related release notes for 2015.1 are as follows:

Overall NVDA remains an effective screen reader, especially for browsing using the Mozilla Firefox web browser, and its recent improvements will continue to cement it as a great option for people looking for a fully-featured screen reader over the built-in Windows Narrator. NVDA can be downloaded for free from the NV Access website.