The new range of Apple products has been announced with upgrades of many of them including new iPhones, an iPad with a larger screen, and a significant update to the Apple TV. While many of the products include helpful accessibility improvements, users should also be aware of some potential challenges the new features may create. 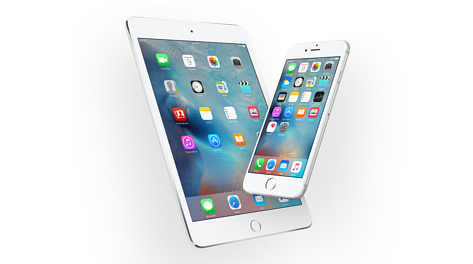 The most significant update is to the Apple TV set-top box, receiving its first update in three years. The Apple TV now includes major enhancements including a new OS, gaming support, Siri integration and an improved remote control. From an accessibility perspective, a helpful addition that was demonstrated during the product launch is the ability to ask Siri during a TV show “What did she say?”, at which point the video moves back 15 seconds and turns the closed captions on if not already visible to clearly show the featured dialogue. The remote control also includes a glass area for touch gestures, although there has been no confirmation of speech or tactile feedback for this, suggesting it may be difficult for people who are blind or vision impaired to interact with the gesture controls.

iPhone 6S and 6S Plus

The two iPhone models also receive an update with the launch of the iPhone 6S and 6S Plus. Similar in design to the existing 6 and 6 Plus smartphones, the devices feature an updated camera and an improved screen. The most significant update is the introduction of ‘3D touch’, which is a pressure-sensitive mechanism allowing users to press softer or harder on the phone to do different things such as display different menus or interact differently in games. While the launch event suggested that his feature may be useful for zooming in to a game, which may assist people with low vision, it is likely that people with a mobility impairment may struggle to get the right amount of pressure to effectively use it, and there is currently no confirmation as to the effectiveness of this feature when using VoiceOver.

The new 12.9” iPad Pro is the first larger iPad that Apple has launched, and the significantly bigger screen is likely to be beneficial to people with low vision, particularly when combined with the zoom feature as it allows for a larger viewing area. However, the keyboard and Apple pencil accessories may lead to challenges for people with a vision or mobility impairment. There is no trackpad on the keyboard, requiring a greater emphasis on touching the screen or using the stylus, and this may prove difficult for people who have a mobility impairment or are used to navigating a zoomed window with a mouse pointer. As with other iPad models, there is no USB port on the iPad Pro so adding additional accessories may be difficult, although compatible Bluetooth devices such as a Braille display should still work.

As the new products are launched, Apple will also be updating its current model iPad and iPhone devices to the latest iOS9 operating system. A review of the iOS9 accessibility features in the developer builds suggests that there are improved features to assist people with a mobility impairment in adjusting the touch sensitivity, a new software keyboard that includes sticky keys, and improved support for developers who want to make their apps more accessible.

Details relating to Australian release dates and pricing remain largely unknown for most of the announcements. The only confirmed release and price is for the iPhone products which will be released on 25 September, with the cheapest iPhone 6S retailing for $1079 while the Plus model starts at $1229. The Apple TV will be priced in the US at US$149 and the iPad Pro will start at US$799 although the keyboard will cost an additional US$169 and Pencil US$99.

For additional information on Apple accessibility, please refer to the Digital technology section of our website.