Hundreds of people have taken to social media to express their disappointment with American Airlines after the airline responded to a query on the accessibility of its inflight entertainment. 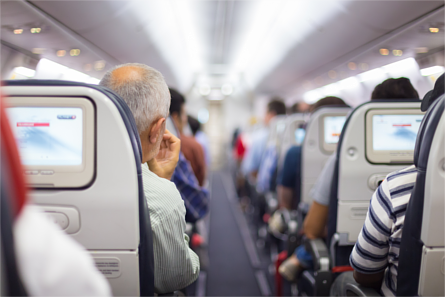 The query came from Nyle DiMarco, one of the final four contestants on the 22nd and final season of America’s Next Top Model. DiMarco is the only contestant in the show’s history who is Deaf.

DiMarco tweeted to American Airlines “@AmericanAir, your movies did not have subtitles for me as a Deaf person. It is 2015. When are you going to be 100% accessible for all?”

The response from the airline (over a series of four tweets) was “We have a limited number of close-captioned movies for customers with a hearing disability. Currently we do not show closed-captioned TV viewing as a standard feature. The fact that close-captioned writing on small screens may cover the monitors. Some flights may have an opportunity to provide some service to our customers who are hearing impaired. This request is handled onboard and cannot be guaranteed.”

The response from the airline drew immediate criticism from many passengers, some of whom have threatened to never fly with American Airlines again. Many called the response rude or arrogant, and DiMarco himself said on Twitter, “I can’t believe I’m reading this.” One social media user also immediately cancelled their flights in frustration at the response.

DiMarco has since called for the airline to apologise, undertake sensitivity retraining and create a solution for inflight entertainment to be made accessible.