Class action launched in the US demanding captioned lyrics

Nine deaf advocates and individuals have launched a class action against a number of Hollywood Studios, including Disney, Sony, Netflix, Paramount Pictures, Warner Bros and Universal Studios, for failing to caption song lyrics in movies and TV programs. 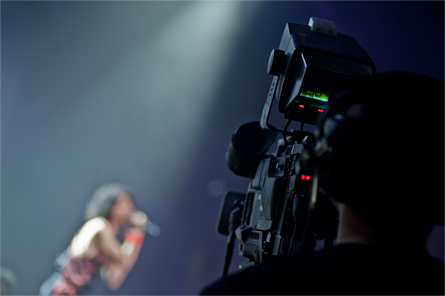 The complaint notes that the omission of captioned lyrics is a particular problem with DVDs and Blu-ray discs. The attorney for the plaintiffs, John A. Girardi, said that failing to caption song lyrics meant that “movie or show products were of lesser value to Plaintiffs and class members  than to persons without hearing loss”.

Lyrics are often uncaptioned in movies and TV shows, particularly in the US, because of a widespread belief that the distributors of captioned versions could be liable to legal action by the copyright holders of the lyrics. This idea is dismissed by John M. Stanton in an article, ‘[SONG ENDS] – Why Movie and Television Producers Should Stop Using Copyright as an Excuse Not to Caption Song Lyrics’, which appeared in the UCLA Entertainment Law Review in 2015.

Stanton notes that the supposed issue of captioned lyrics violating copyright was not raised until the 1990s, and traces it to two court cases from that period. In the first, the copyright holder of songs in the Disney movie Pinocchio took Disney to court after it released a ‘sing-along’ version of it on VHS (with the text of the lyrics on screen accompanied by a bouncing ball). In the second, copyright holders took a karaoke machine company to court for unauthorised use of their songs. The copyright holders won both cases.

Although neither of these cases involved captions for the deaf, the idea soon arose that there was a potential legal problem captioning lyrics. Stanton notes that this was not something suggested by copyright owners (none of who, it seems, have ever objected to captioned songs), but by studios that could use the claim as a reason not to caption material. It was around this time that DVDs began to replace videotape, and caption users started to notice that captioned lyrics were missing from DVDs (even when they had been present when the same titles were previously released on VHS).

Stanton cites a 2011 case, in which deaf football fans successfully sued a football club for failing to caption songs played during matches, as demonstrating that song captioning is essential for providing equal access. He also argues that the ‘fair use’ provisions of US copyright law clearly allow for the captioning of lyrics.

Copyright issues aside, lyrics often present captioners with problems. They are notoriously difficult to decipher in some genres (e.g. death metal and rap) and it is sometimes impossible to obtain an accurate text of them. In captioning, it is never acceptable to simply guess what someone is saying (or singing), so there will be instances where it is not practicable to caption lyrics. However, in such circumstances, the lyrics will almost certainly not be understood by hearing viewers either.