In the USA, religious television is very popular with lots of churches having their own television shows and channels. Under American rules these programs are subject to captioning regulations. 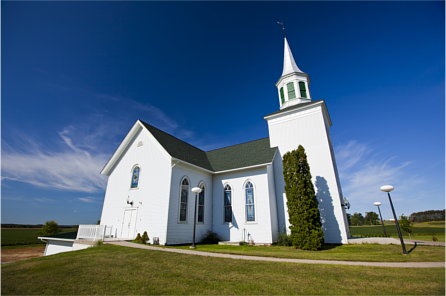 In a recent round of exemption applications from American churches, the regulator, the Federal Communications Commission (FCC) has ruled that three churches have to provide captioning.

Under these regulations, the broadcasters can submit an exemption from captioning when petitioning on the grounds of economic hardship. These will only be granted if the applicant can show that they have insufficient funds to provide captioning, even after unsuccessful attempts to secure sponsorship.

Petitions that argue captioning would divert funding from other activities are not granted, as the FCC prioritises captioning over other activities. Other arguments are based around the churches operating at break-even (i.e. their income and costs are equal). However, the FCC then looks at total assets and liabilities of the church and can determine that they have sufficient assets to pay for captioning.

An example of one of the applications is from the Van Buren First Assembly of God where it was seeking exemption from captioning for its Reach Out program. The FCC ruled that it must caption the program and must comply within 90 days of the decision. That period expires on 19 October 2015.

“What I really like about the FCC’s approach is its total transparency,” said Media Access Australia CEO, Alex Varley.

“The FCC’s rulings provide detail on the financial analysis and reasoning for denying the exemption. This is an approach that I would like to see replicated in Australia, where exemption applications are made on similar grounds, but the Australian Communications and Media Authority does not provide detail of its reasoning.”