Cinema and the arts highlights of 2014

2014 had a number of highlights in the areas of cinema and the arts. Where cinema developments over the last few years could be considered full steam ahead, as anticipated, this year saw a slowing of progress as the rollout of digital screens has neared completion across English-speaking countries. That doesn’t mean accessible cinema progress has come to a complete halt though, with an exciting development in the US that could have flow-on effects worldwide. 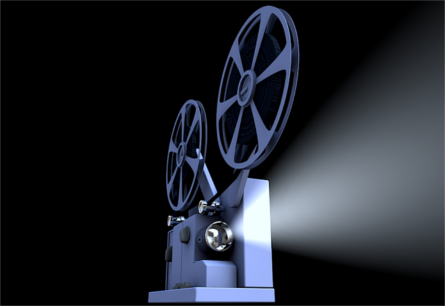 A couple of world-first developments in more traditional art forms also leave us with a year of progress and the prospect of further development in 2015. But first of all, we said a fond goodbye to two of our accessible arts heroes this year, with Judy Dixey from VocalEyes and Tabitha Allum from Stagetext both moving on from their chief executive roles in the UK. Across the Atlantic, Betty Siegel at the Kennedy Center still represents all that’s good in accessible arts administration. These three women have been part of our experts in access series during 2014.

Heading back across to the UK, Stagetext partnered with on-demand live arts service Digital Theatre to offer captioned versions of theatre productions. Live recordings of theatre productions are distributed online with the addition of caption availability for Deaf and hearing impaired people in this world-first service.

The commencement of 2014 saw the Adelaide Festival offer five audio described performances by Access2Arts, making it one of the most vision impaired-friendly festivals going around. The 2015 Adelaide Festival is looking at bettering that and its Perth and Sydney counterparts will make summer accessible for many Australians.

In cinema news, US cinema owners and advocacy groups came to a historic agreement to make accessible cinema recommendations to government around the Americans with Disabilities Act. The recommendations include the installation of closed-captioning and audio description equipment in all digital cinemas and a tracking system of device use by patrons. In a nation where accessible cinema has been provided in a fragmentary manner, amendments to the Act will put the USA at the forefront of the service as a nation.

In Australia, a number of Deaf cinema clubs have been formed and work with local cinemas to provide open captioned sessions of first-release movies. One of the participating cinemas, Ballarat’s Regent Cinema, has embraced its local club wholeheartedly by advertising its open captioned sessions to the general public as well. Regent Cinemas took out this year’s Captioning Award for cinema, entertainment and the arts.

In its tenth year, the recently held Other Film Festival allowed festival patrons to have a go at live audio-describing a movie, offering insight and a bit of a laugh for all the audience. This was also a world-first and something that would be great to see offered in other festivals as a fun way of inclusion and education in audio description. Let’s see if any other festival takes up the challenge in 2015.