A pioneering smartphone accessibility app was recently updated and was designed to help orient and guide blind and vision impaired people through crowded indoor spaces, such as shopping malls, universities and hospitals.

The RightHear app was developed by Zikitapp Limited in Israel and is an accessibility solution for the blind and vision impaired that enables users to acquire a better level of independence and orientation within indoor spaces.

Be My Eyes allows blind and vision impaired users to request help from a sighted person and the sighted users will then be called for help via linked video and audio between smartphones. This recently updated app is all about contributing to and benefiting from small acts of kindness, and it’s free on the App Store.

Be My Eyes logo

The new ‘Version 1.6.5’ update of Be My Eyes was rolled out on 10 August 2017 and features an expanded languages selection, added actions to call notifications, and some minor bug fixes and usability improvements.

The revolutionary new Seeing AI app has evolved from a long-running Microsoft research project for people with visual impairment to narrate the world around us. It turns the visual world into an audible experience, so that users can essentially use their phone as their eyes.

In March 2016, Microsoft showed off a prototype of its Seeing AI app, which looked very promising at the time but required further development. In mid July 2017 the company released an enhanced and updated version, as a free app on iOS.

For those with hearing disability, simple dinner table group conversations can be pretty painful to stay on top of. However, the Ava app aims to bring Deaf and hearing impaired people back into group conversations with each other plus people of all abilities – and the May 2017 update provides even more functionality.

Ava being used on a smartphone

The Ava threaded speech-to-text application gives people with hearing disability an easy way to stay engaged in conversation with a group of friends, colleagues or family.

‘Aipoly Vision’ is a very useful object-and-colour recogniser app that helps the blind, vision-impaired, and colour blind to understand their surroundings. It does so by using artificial intelligence to recognise objects through a device’s camera and then announces the name of each object to the user.

A new consumer app is helping Australians with disabilities to identify the range of Assistive Technology (AT) equipment and technology options available, with the aim of improving their independence and wellbeing. 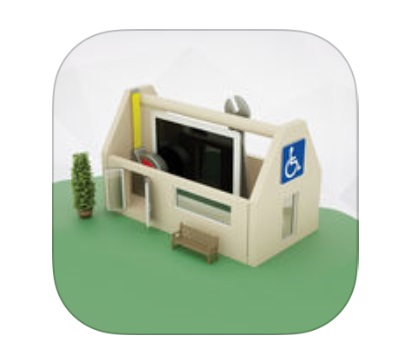 Image of Equip Myself

Dr Scott Hollier, Media Access Australia’s Specialist Advisor on Digital Accessibility, put 2016’s biggest hit in augmented reality – Pokémon Go – under the accessibility spotlight, to see just how accessible this very popular game really is. Find out how it fared and discover a little about the future benefits of Augmented Reality in this fascinating podcast article.

Listen to the complete interview where Dr Scott Hollier chats to Philip Jenkinson about the accessibility of augmented reality in general and Pokémon Go in particular.

A new Bluetooth chat application for accessibility, called Blappy, aims to bring more people together. The app translates voice to text and text to voice, to enable people who are vision impaired to effectively communicate with those who are Deaf or hearing impaired.

Blappy was created by CESyA, the Spanish Centre of Subtitling and Audio Description, with the support of UC3M's Audiovisual Accessibility Laboratory, which is part of the Center for Technologies for Disability & Dependence in UC3M’s Science Park in Madrid, Spain.

The PointFinder accessible navigation aid for blind and vision-impaired people was launched on the Android platform in 2014, after some advice and testing from Media Access Australia. Now this very useful app is available for iOS users too.

USAA, a Texas-based Fortune 500 diversified financial services group, has recently demonstrated that banking and accessibility can easily go hand in hand with each other. This was proved in a recent update to their banking app which will mean that individuals who are blind or have a vision impairment will hear the benefits – literally.

This system offers verbal cues to guide a vision impaired customer to be able to properly position a cheque to deposit it. They use commands like ‘push out’, ‘pull in’, ‘move right’, ‘lift device’, ‘hold steady’, ‘image captured’, and more.